After days of hoping and trying, I finally captured a copy of the binary program, a program that the QF cyber operators directed the victim Linksys and Asus routers to run. It turned out that the binary sent by the QF operators at this stage, with MD5 hash 7ca9f378ca7650d79b478595df2d2681, was first submitted to VirusTotal on 30 April. In fact, all the copies of the program used at this stage were identical.

I performed basic strings analysis and identified some firewall rules, and perhaps part of QuantumFilament’s command-and-control (C2) infrastructure. But I couldn’t just stop there. I needed to know what the program did, how it worked. Since I’m not a malware analyst, I hired one.

I enlisted the services of Nitay Artenstein, a security researcher, to reverse engineer the loader binary, and to document the structure and function of any network packets it sent or received. Mr. Artenstein’s analysis was critical for this research to continue.

The reason I call the loader binary version 14 is that there was an internal version number sent in the hourly registration beacon, which was 14 in this binary.

I procured a compatible Asus router (they really are fine routers), ran the captured loader binary on the router, and monitored the network traffic going back and forth. Mr. Artenstein’s analysis helped me to find the relevant traffic, and the recorded traffic filled in some key details like byte order. The two approaches–static analysis and live analysis–proved complementary to getting some answers.

The purpose of the loader binary is to run additional binary programs sent by the QF network. The loader binary listens for inbound network packets on UDP port 4143, like these: 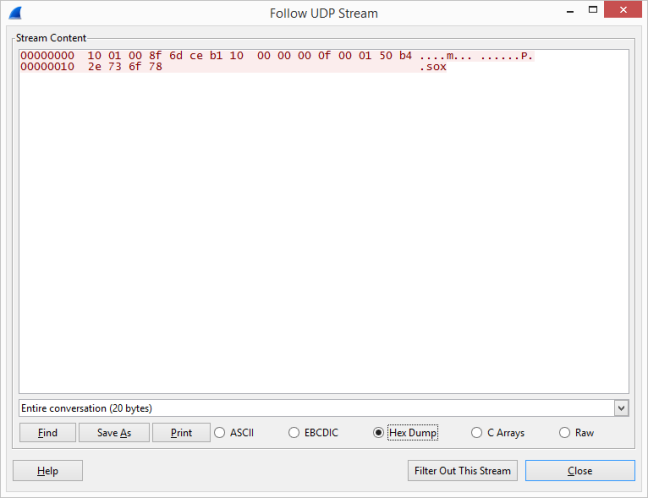 The 20 byte packets can be divided into five 32-bit words, and have the following structure:

Two unique ELF binaries have been distributed to the QF network of hacked routers using the above mechanism:

As of post time, neither file’s hashes are found in VirusTotal’s database.

The .sox and .dis programs have not been analyzed in detail. However, based on observed behavior, the .sox binary directs the hacked router to act as a SOCKS proxy, and I theorize the .dis program might be the component that scans for and exploits other routers, adding new hacked routers to QF’s inventory.

So we have established that QF cyber operators break into unpatched Asus and Linksys home and office routers, giving QF the ability to run additional programs on the compromised router. The behavior observed suggests QF uses the routers as SOCKS proxies to hide the origin of network traffic, stealing the router’s owner’s network bandwidth. And the router also tries to find and hack other vulnerable routers.

The next chapter of the story will discuss mitigation and detection.